The festival was established in 2012 at the initiative of the municipal government, more precisely, by the Deputy Head of the municipality, Vjekoslav Šimić, with the sincere desire to present Tučepi as a representative tourism destination, outside the frame of the standard summer offer and with a much wider and richer tradition, since the 1950s. And, indeed, for the purpose of promoting the global phenomenon that is rock'n'roll.

This role has been taken on by local, regional and national bands, and in the near future also by respectable international performers. The ''Toochepin'' Festival lasts for two days, and is always held on 20-21 August. The venue for the festival is in the very heart of the settlement – in the harbour Lučica. 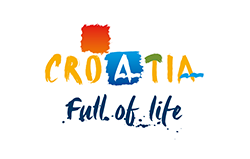